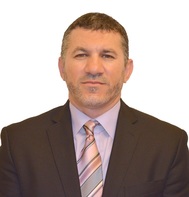 The Dean of Legacy lead school wide efforts to build and maintain a strong, positive, achievement-oriented school culture where teachers, students, parents grow in a warm and joyful environment.

Tewfik Choukri believes that culture and climate in an organization trump everything, and that all decisions should always be made in service of students. He prides himself on his approachability, and even keeps a jar of candy in his office to encourage kids to come in and share jokes. As a leader, he believes that an administration's job is to clear the way for faculty and that transparent communication with parents is the key to a productive learning partnership.

After serving for five years as the school principal  at Al Ilm Weekend School in IMCA, he was asked IN 2008 to be the headmaster of its sibling school MTI School of Knowledge, which was struggling. He turned it around by obtaining IN 2009 the state accreditation and maintained student enrollment, boosted staff morale, and balanced the budget at the height of the recession without cutting a single educational program. He has raised funds and created scholarship endowment for low income student needs.

Principal Volunteer (August 2003-2008)
Sunday School, Indianapolis, IN
Responsible for the oversight and management of all activities of a weekend School comprising of over 200 students.

A Case Study of One Islamic School in the Midwest.

The Role of Parents in Western Islamic School.

The Purpose of Education from an Islamic perspective.

Community Engagement: Communitarianism and the Moral Order of Schools.

Reflection on Mapping Project: Which Knowledge is of most worth.

The Role of Education in Society.